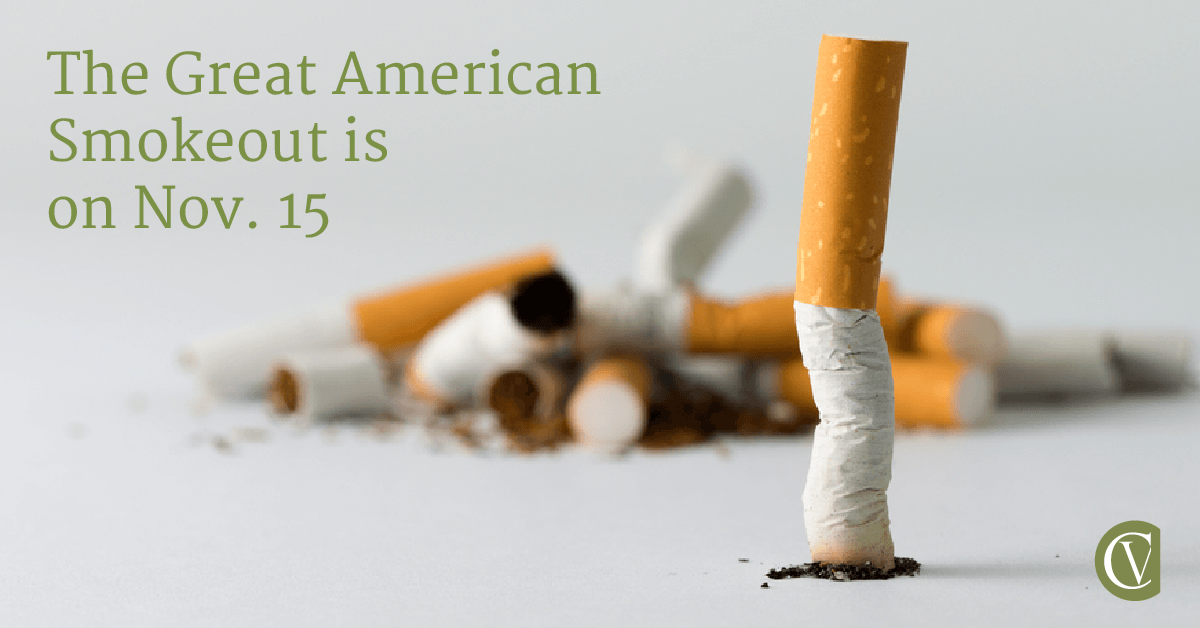 ‘Great American Smokeout’ is Important Step Toward a Healthier Life

Many people know about the negative impact smoking may have on their health.

A lot of people decide they want to quit smoking.

But quitting smoking is difficult even for those with the best of intentions. Snuffing out that last cigarette is the goal, but to reach the goal takes time and a solid plan.

No one expects you to stop in one day. But the Great American Smokeout event on November 15 provides an opportunity for you to start with Day 1.

For more than 40 years the American Cancer Society has hosted the Great American Smokeout on the third Thursday of November. The Smokeout provides an opportunity for smokers to commit to healthy, smoke-free lives – not just for one day but year-round.

The benefits of quitting smoking

The Great American Smokeout could serve as a starting point on a journey toward a smoke-free life. Thousands of smokers across the country will participate in an important step toward a healthier life and reducing the risk of cancer.

‘Let The Sun Shine in.’ But Take Steps to Protect Your Skin!

It’s the time of year when people head to the beach, go camping, ride bicycles or simply enjoy a walk through the neighborhood. The Cucamonga Valley Medical Group team has…